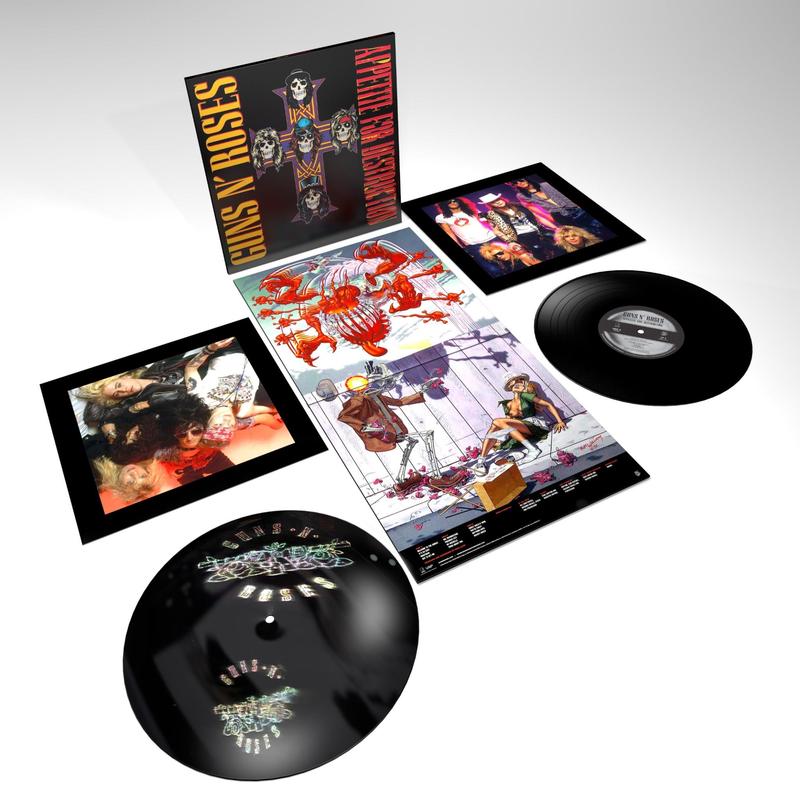 Limited double 180gm vinyl with hologroove hologram on side four.

Appetite for Destruction is the debut studio album from hard rockers Guns N’ Roses. The album was originally released in 1987, by Geffen Records to massive commercial success. It topped the Billboard 200 and became the best-selling debut album as well as the 11th best-selling album in the United States. With about 30 million copies sold worldwide, it is also one of the best-selling records of all time. Axl Rose stated that many of the songs on the album were written while the band was performing on the Los Angeles club circuit, and a number of songs that would be featured on later Guns N’ Roses albums were considered for Appetite for Destruction.

LP 1 – SIDE G:
Welcome To The Jungle
It’s So Easy
Nightrain
Out Ta Get Me

LP 1 – SIDE N:
Mr. Brownstone
Paradise City
My Michelle
Think About You